I had a couple of hours spare so I thought I’d go foraging the edges of Epping Forest in Winter (late January to be precise).

Not much to see today, but then it is absolutely freezing. The wildlife clearly has more sense than me! However, I did see a lot of Redwings on the village green, which was quite nice and not a bird that I was familiar with. I also didn’t have my camera handy, so this picture is courtesy of the RSPB website (www.rspb.org.uk). 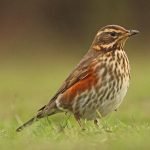 Now this is something I’ve been trying to work on, identifying trees (especially deciduous trees in the winter). Silver Birch are pretty easy and straight forward any time of year, Elder is also fairly easy for me as I have one in the garden. Oak is quite easy, especially with all the Oak leaf litter around it. New to me was Hornbeam. Similar to Beech, but it has papery, winged fruits called ‘samara’ which contain the nuts/seeds, which in winter, hang down like brown papery decorations. Also plentiful out in Epping Forest is the good old Beech tree. Obviously, there are plenty more, but there’s only so much I can take in in one day.

Onto the key part of the day’s activities. Well, the sap isn’t up in the Birches yet, so they weren’t much use; the Elder is bare and didn’t even have any Jew’s Ears fungus either, however, the nuts from the Hornbeam Samara are edible, and there were still plenty of Beech nuts around too (although this is probably the last that they’ll be any good for eating). 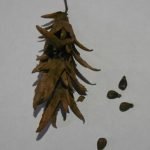 The Hornbeam nuts are rock hard and tiny, so probably not much use except in dire circumstances, and with Beech nuts around, why would you bother? The Beech nuts are lovely. Opinions vary, but I think that they taste like Almonds. The Beech cast is the spiky part, inside that are the three-sided nut pods, however, the nut itself is inside that pod, so break them open first (yes, I have tried to eat the whole pod before, and while it still tastes nice, it’s a bit spiky!) 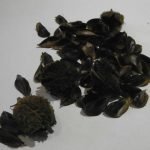 Beech Nuts and their Casts 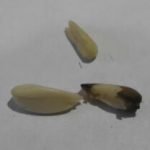 Once prepared, the Beech nuts look a little like pine nuts (in my opinion) which got me to thinking that they could probably make a nice alternative in a wild pesto (using nettles, or wild garlic to replace the basil).

Finally, on my way home I came across some crab apples. They were the last on the tree and well past their best, however, the recent frosts had managed to get rid of some of the bitterness. 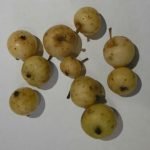 So, in general, the Beech nuts were the only thing worth having on this trip, but I’ve learnt quite a lot too.

Make sure this account has posts available on instagram.com.

With the spread of Covid-19, I've been sent to the garden with #MistyRabbit because I coughed. So here we are, doing a quick run down of all the current pois...